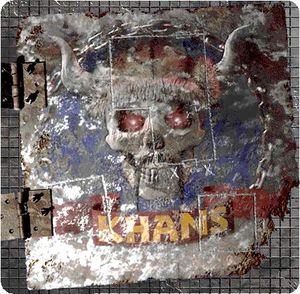 Raiders are groups of murderous thieves who terrorize all those not in their own group. They are outlaws, even in a world where laws barely exist. Raiders are somewhat organized, into their own clans all over the wasteland, and are a common source of conflict in California at this time. Raiders don't only prey upon lone travelers, but will also stand and fight tougher groups, including law enforcement, even when they are outnumbered. Their behavior is clearly psychotic, adding to their terrible reputation.