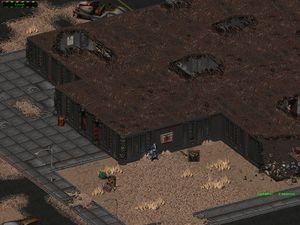 The Clinic is a Special Encounter found in zones with city ruins. This pre-war medical facility has been abandoned for some time and appears to have eluded looters, until now.

Locked Lockers containing medical supplies can be found scattered around the clinic; the most worthwhile ones are locked. Items you find are randomly generated, and may include the following:

One of the rooms has a door that is jammed; a Crowbar may come in handy, but might not be enough, so you best have tools also. As well as Expanded Lockpick Sets.

The door in the northernmost portion of the map apparently cannot be opened. 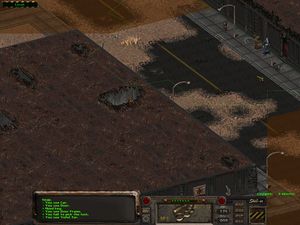 Don't bother with this door; it's impossible to pick its lock.
Retrieved from "https://www.fonline-reloaded.net/w/index.php?title=Medical_Clinic&oldid=17469"
Categories: