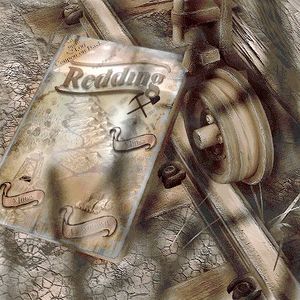 Redding is a mining town.

Redding is northern California's primary producer and distributor of gold, which makes the town a target for three major factions : The NCR, New Reno and Vault City. Sooner or later, the town will have to choose its allegiance, despite the fact that there's no perfectly good solution. Several opinions appear in the town itself : The Kokoweef Mine is supporting NCR, while Dan McGrew's Morningstar Mine supports New Reno, and so does the Sheriff. Tensions are usually settled down in the Malamute Saloon, the town's bar.

Redding is one of the unguarded cities in the northern part of the worldmap, and is a town where no reputation is needed. Redding is in the middle of The World map, and attracts many players. It is usually a PvP town, and part of the Town Control system.

Greeting message: "You have entered the mining community of Redding. A glimmer of western city-feeling wafts into your face with the hot desert wind."

Fallout 2's "Redding" is based on the real city of [CA]. There really was extensive gold mining in the area (several small valleys in the area are extensively littered with mine tailings, which are now used as gravel quarries) and a casino.